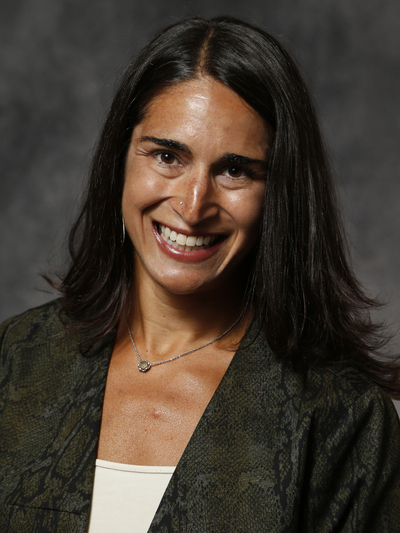 Hannah Shafaat received her B.S. in Chemistry from the California Institute of Technology (Caltech) in 2006, where she performed research on spectroscopic endospore viability assays with Adrian Ponce (NASA Jet Propulsion Laboratory) and Harry Gray. She received her Ph.D. in Physical Chemistry from the University of California, San Diego (UCSD) in 2011, under the direction of Professor Judy Kim, as an NSF Graduate Research Fellow and a National Defense Science and Engineering Graduate Fellow. During her graduate research, she used many different types of spectroscopy to study the structure and dynamics of amino acid radical intermediates in biological electron transfer reactions. After earning her Ph.D., Hannah moved across the ocean to Germany to study hydrogenase and oxidase enzymes and learn advanced EPR techniques as a Humboldt Foundation Postdoctoral Fellow working under Director Wolfgang Lubitz at the Max Planck Institute for Chemical Energy Conversion. Since starting her independent career, Hannah has received the NSF CAREER award in 2015 to support work on hydrogenase mimics, and in 2017, she was awarded the DOE Early Career award to support the group’s research on one-carbon activation in model nickel metalloenzymes. Recently, the group has received support for their research on heterobimetallic Mn/Fe cofactors through the NIH R35 MIRA program for New and Early Stage Investigators. Hannah was also awarded the 2018 Sloan Research Fellowship.

Nickel-containing metalloenzymes are highly relevant in the context of energy conversion reactions and environmental issues, as they play important roles in regulating global gas cycles. For example, the [NiFe] hydrogenase (H2ase) carries out both hydrogen evolution and oxidation with high rates and thermodynamic efficiencies. Carbon monoxide dehydrogenase (CODH) reversibly interconverts carbon dioxide and carbon monoxide, and acetyl coenzyme-A synthase (ACS) is responsible for carbon-carbon bond forming reactions required for synthesis of acetyl CoA, a key metabolite for anaerobic bacteria in the Wood-Ljungdahl pathway. Thus, systems such as these can offer solutions to present-day energy challenges and climate issues. However, complex enzymes such as H2ase and ACS lack the stability to be extensively studied at the molecular level or implemented on a large scale into devices, limiting their utility.

We are working to overcome the limitations of fragile enzyme systems using small metalloproteins as platforms for redesign. By harnessing the advantages of stable metal-binding centers and well-defined secondary sphere interactions, we are developing robust protein-based models of highly active enzymes such as H2ase and the tightly coupled CODH/ACS complex. Recent work in our lab has demonstrated high levels of hydrogenase-like activity in nickel-substituted rubredoxin (NiRd) via solution-phase and electrocatalytic assays. We have also developed a semisynthetic enzyme capable of CO2 reduction as well as the first protein-based model of the proximal nickel center in ACS using nickel-substituted azurin. A suite of biophysical techniques, including vibrational, electronic, and magnetic spectroscopies along with electrochemistry are employed to probe the structures, activities, and catalytic mechanisms of these engineered metalloenzymes.

A valuable aspect of “bioinorganic chemistry” involves the development of molecular mimics of large enzyme complexes. In addition to studies on protein-based models, we are using spectroscopic and theoretical methods to characterize synthetic models of metalloenzymes such as hydrogenase. This research will provide important metrics for comparison between synthetic and natural enzyme systems. Taken together, these projects will provide insight into the challenging catalytic reactions carried out both by the engineered and native systems and facilitate design of highly active artificial metalloenzymes.

Across the biological (and even abiological) world, multimetallic active sites carry out key biochemical reactions, from metal homeostasis and gas regulation to metabolism and cellular signaling. Examples of these sites can be found in proteins ranging from nitrogenase to cytochrome c oxidase, highlighting their diversity. Heterobimetallic cofactors represent an important subset of these active sites, combining the properties of two different metals to access new chemistry. Recently, a novel heterobimetallic protein was identified in several pathogens and extremophiles, including Mycobacterium tuberculosis. This protein spontaneously incorporates a Mn/Fe cofactor under aerobic conditions and therefore has been designated “R2lox”, or “R2-like ligand-binding oxidase,” in reference to the class of ribonucleotide reductase R2 subunits that have been found to require Mn/Fe cofactors for activity.

Due to their intrinsic metal specificity, the R2lox proteins offer a unique opportunity to study the thermodynamics and kinetics of metal binding and cofactor assembly. Despite identical primary coordination spheres, manganese is selectively taken up into one site, and iron into the other, when both metals are present. This observation runs counter to the well-known Irving-Williams series for divalent metals, which states that Mn(II) complexes are more labile, and therefore less stable, than Fe(II) complexes. Two additional observations have garnered further interest in the R2lox proteins: i) A long-chain fatty acid has been isolated within the protein, suggesting a role for R2lox in lipid metabolism; and ii) upon metal binding and oxygen activation, a covalent tyrosine-valine crosslink within the protein interior is formed. This represents the first example of two-electron redox chemistry performed by a Mn/Fe cofactor and extends potential utility of these systems towards oxidase and oxygenase activity.

We are interested in probing the structure, kinetics, and mechanism of assembly of the heterobimetallic Mn/Fe R2lox proteins. To do this, several biophysical techniques are employed, including steady state and time-resolved resonance Raman and optical spectroscopies, in conjunction with biochemical approaches. By studying this system, we hope to gain important insight into the factors governing substrate binding within metalloproteins and the reactivity of Mn/Fe cofactors as well as explore potential opportunities for manipulating these elements. Additionally, understanding the role of R2lox in the pathogenicity of organisms such as M. tuberculosis can provide novel avenues for development of selective therapeutics targeting this class of enzyme.

The general paradigm that structure is correlated to function and mechanism is widely accepted across scientific disciplines.  However, in complex enzymatic systems, such as those involved in small molecule activation and energy conversion reactions, the requisite presence of multiple cofactors often obscures conventional spectroscopic signatures. Spectral congestion can be avoided by using selective experimental techniques, such as resonance Raman (RR) spectroscopy, provided it is possible to identify the appropriate conditions under which selectivity can be achieved. Towards this end, we are applying quantum chemical calculations to inform experimental design for application of site-specific RR spectroscopy, a technique we have called “Computationally-guided resonance Raman spectroscopy (CGRRS)”. These predictions are evaluated experimentally using a custom-built, highly tunable RR system capable of accessing excitation wavelengths throughout the UV, visible, and near-IR wavelengths.

We are using CGRRS to investigate a variety of biologically relevant proteins and their variants. Spectroelectrochemical studies on model compounds complement the enzymatic studies.  By correlating the predicted RR spectra of proposed intermediates to experimental results, CGRRS enables structural determination of critical intermediates. This approach can provide mechanistic information on a number of enzymatic reactions, including proton reduction, CO2reduction, nitrogen fixation, water oxidation, and oxygen reduction.

The Shafaat group is looking for enthusiastic and motivated postdoctoral scholars and graduate and undergraduate students interested in bioinorganic chemistry, spectroscopy, alternative energy, protein engineering, or theoretical spectroscopy. Inquiries about possible positions in the group are welcomed!