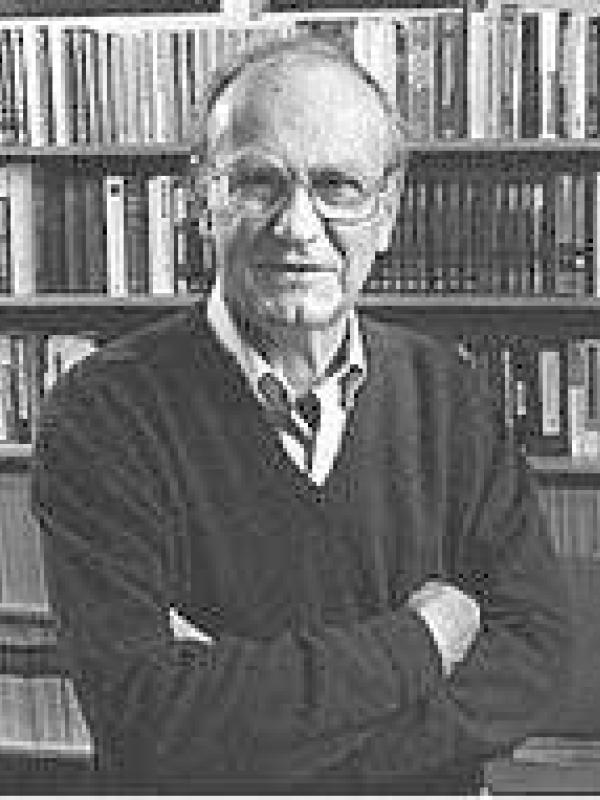 Andrew Wojcicki received his Sc.B. from Brown University (1956)and Ph.D. from Northwestern University (1960), where he studied with FredBasolo. After a postdoctoral stint as an NSF Fellow with C.C.Addison at theUniversity of Nottingham, UK, he accepted a faculty position at The OhioState University in 1961. He was promoted to Associate Professor in 1966 andProfessor in 1969. Wojcicki served as Acting Chair of the Department ofChemistry at OSU during 1981-1982. His appointments also include severalvisiting professorships, among them, the University of Bologna, Italy (1988),National Science Council of Taiwan (1994), and the University of Sydney,Australia (1998). He received an OSU Alumni Award for Distinguished Teaching(1968), a Senior U.S. Scientist Award of the Humboldt Foundation (1975), aGuggenheim Foundation Fellowship (1976), and the Columbus Section ACS Award(1992).

Research in my group is concerned with a broad spectrum oforganometallic problems which generally emphasize the synthesis of new metalcomplexes, elucidation of their structures, mechanistic study of theirreactions, and examination of their potential as reagents in synthesis. Thefollowing describes areas of research which are active at present.We are using metal propargyl complexes as reagents for thesynthesis of bimetallic and trimetallic compounds. Reactions of thesecomplexes with metal carbonyls and related compounds provide a preparativeroute to various heterobinuclear and heterotrinuclear bridging-allenylcomplexes, for example, Figure 1.We have synthesized novel p-propargylcomplexes of the type shown in Figure 2 and are studying their reactivity,especially toward nucleophilic reagents.My research group is investigating the synthesis and reactivityof transition-metal complexes containing oxo and hydrido ligands bonded tothe same metal. Of interest to us are reactions that result in the transferof both of these ligands to the appropriate substrate. We find, for example,that one member of this family of complexes, [Re(O)(H)2Cyttp]+(Cyttp=(Cy2PCH2CH2CH2)2PPh),transfers its oxygen and one hydride to carbon monoxide and converts it tothe formate group. Related reactions are now being studied with thesubstrates olefins and acetylenes.New Fischer-type rhenacyclobutadiene complexes (Figure 3) havebeen prepared. Their reaction chemistry is similar to that of Fischer-typemetal carbene complexes, but also includes insertion of O and NH into theRe=C bonds, conversion to p-cyclopentadienylcomplexes with acetylenes, and various rearrangements. 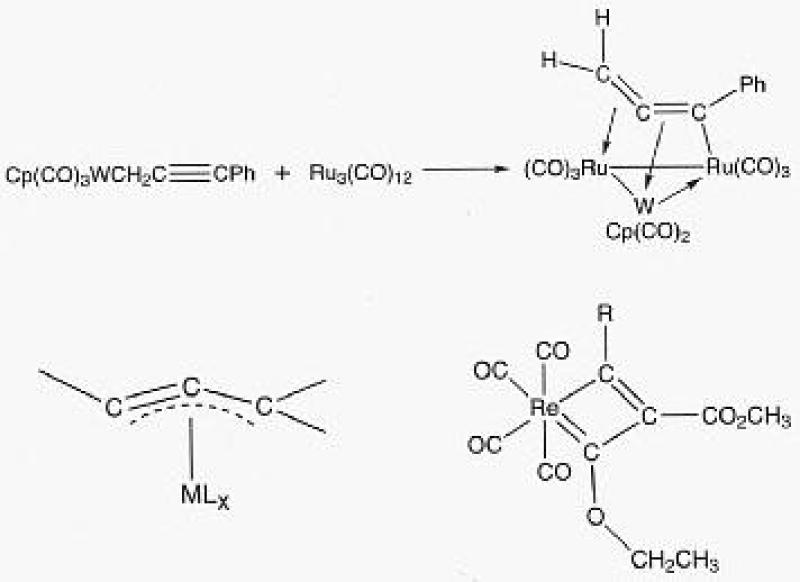