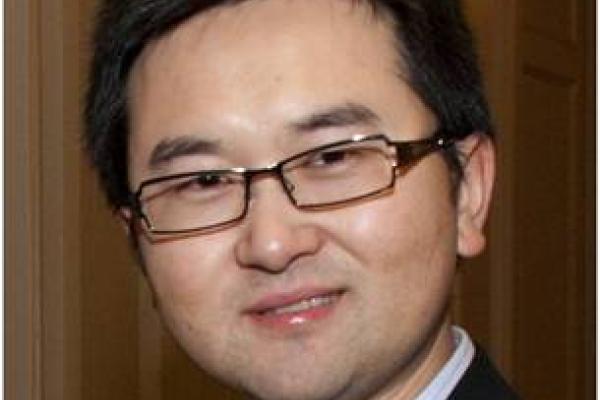 It is a grand goal of energy storage that a battery exhibits the batteries’ high energy density and the capacitors' fast rechargeability and long cycle life simultaneously. Proton as an ion charge carrier offers an outstanding opportunity to push the limits for high rate capability and long cycle life for batteries. Proton is the lightest and smallest ion charge carrier; it forms strong hydrogen bonding in aqueous electrolytes and potentially inside the electrode materials' lattices. Proton compensates for the charge neutrality in Lead Acid batteries and batteries that use NiOOH/Ni(OH)2 redox couple as the cathode, including NiMH and NiCd batteries. Proton serves as the charge carrier for pseudocapacitor electrodes, including RuO2 and MnO2. Good rate performance has been reported often when these electrodes are nanostructured. The question is whether such high rate behavior is an inherent property of the proton charge carrier or the electrode materials or the interactions of the two. It is well known the proton’s charge migrates in acids via diffusion-free transport. However, until recently, the Grotthuss mechanism had not been investigated carefully for high rate electrodes of batteries. In this talk, I will talk about what we have learned about proton batteries during the past few years. I will describe the proton storage properties of a few electrode materials we have encountered. I will touch on the role of water diffusion for proton storage in WO3. I will provide some indirect evidence of Grotthuss conduction inside a highly defective Prussian blue electrode and the electrochemical behavior of this electrode. There, Grotthuss pseudocapacitance is proposed. I will cover what we know about the unique advantages of proton batteries' low-temperature properties and our effort to promote the cycling life of proton batteries by a non-aqueous electrolyte.

Prof. Xiulei (David) Ji is an Associate Professor of Chemistry at Oregon State University. His research interests pertain to the design principles of materials chemistry for electrochemical energy storage. He is a 2019, 2020 Highly Cited Researcher of the Web of Science Group. He received the 2016 NSF CAREER Award. He is currently an Associate Editor of Carbon Energy, a Wiley journal. He obtained his Ph.D. in Materials Chemistry from the University of Waterloo, 2009. During 2010-2012, he was an NSERC Postdoctoral Fellow at the University of California, Santa Barbara.