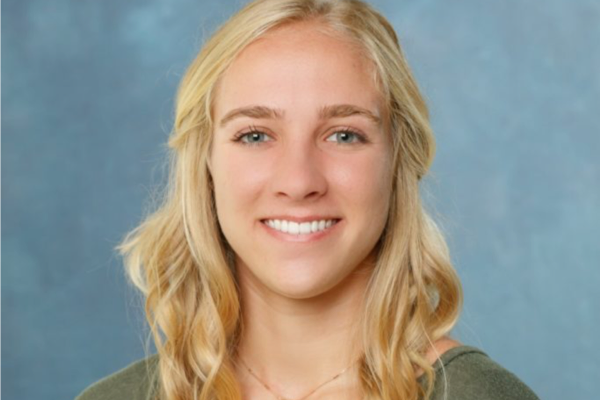 Congratulations to Chemistry Ph.D. student, Anna Poptic (Shiyu Zhang lab), for being awarded a Pelotonia Fellowship for her project “Employing Novel Synthetic Models of Enzymatic Diiron Sites to Aid in Anticancer Therapeutic Design.” Anna is a 4th year Ph.D. student from Dublin, Ohio. She attended Baldwin Wallace University in Cleveland for her undergraduate coursework where she received two B.S. degrees, in Chemistry and Public Health. Not surprising given her research aspirations, she biked 100 miles in Pelotonia this year and helped raise $2,650!

Enzymes are highly complex but precisely regulated chemical systems responsible for all aspects of metabolism in the human body. Without enzymes, many of the chemical reactions necessary for life would not be possible. Malfunctioning enzymes have been shown to lead to the onset of cancers such as breast cancer, prostate cancer, ovarian, colorectal, bladder, and many others. One way to combat these faulty enzymatic systems and prevent further spread of cancer is by deploying anti-cancer chemotherapies targeting specific enzymatic functions. For example, the enzyme myo-inositol oxygenase—which belongs to a class of enzyme that performs its biological functions with oxygen and two irons—has been recently recognized as a possible target for cancer drugs. However, more research is required to understand the chemistry behind enzymatic functions so that drugs can be rationally modified to maximize efficacy. To achieve this, a thorough understanding of the enzyme—how the enzyme utilizes iron and oxygen, and the method of chemical transformation of substrate to product—is required. The overall goal of this proposal is to construct a model system of the diiron active site of these enzymes and investigate how the diiron site harnesses oxygen and utilizes the resulting diiron-oxygen adduct to perform its chemical reaction. Knowledge of these factors will allow for the development of drugs with higher specificity and effectiveness. One issue with previous model systems is that most models are perfectly symmetric and house the two irons in identical environments. Enzymatic systems are inherently unsymmetric, so we plan to synthesize both symmetric and unsymmetric model systems and investigate the differences in diiron-oxygen adduct formation, as well as reactivity differences between the two. Our model system will allow us to study these reactions at very low temperatures, at which reactions are slowed down significantly to reveal information otherwise not possible with native proteins. If successful, we believe the data we plan to collect will provide useful insights into how the structure of these diiron enzymes effects reactivity, which will in turn allow for the improvement of pharmaceuticals targeting this particular class of enzyme.

Impact/Innovation: If successful, the research outlined in this proposal will provide useful insights into oxygen-activating diiron enzymatic active sites, which are considered targets for anti-cancer therapeutics. We plan to utilize our novel ligand platform to model these diiron sites and more specifically, determine the effect of a symmetric versus unsymmetric ligand environment in Fe(II)Fe(III)-superoxo formation. Despite the biological relevance of iron-superoxo adducts as intermediates in the catalytic cycles of diiron enzymes, there is a significant knowledge gap in the factors affecting diiron-superoxo adduct formation, and characterization—both spectroscopic and structural—is lacking. We believe by employing synthetic bioinorganic techniques, we will be able to spectroscopically characterize and obtain the first structure of a synthetic Fe(II)Fe(III)-superoxo species, then study the reactivity of this species towards substrates chosen to model those found in biological systems. These detailed spectroscopic, structural, and mechanistic studies will provide essential knowledge about enzymatic diiron active sites that will aid in the development of novel targeted anti-cancer therapeutics