A Big Welcome to Our New Department Faculty!

A Big Welcome to Our New Department Faculty! 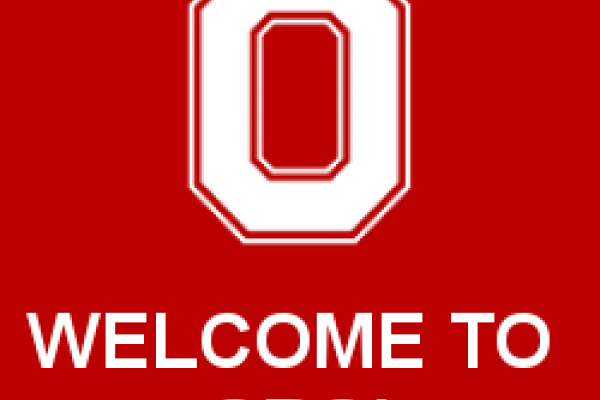 The Ohio State Department of Chemistry and Biochemistry would like to send a warm welcome to our five new faculty members who will be joining us in Fall 2017. You can learn more about our newest members below:

Sevov is aiming to develop strategies at the interface of homogeneous catalysis and electrochemistry for the sustainable utilization of electrical energy that is generated from renewable sources.

Dr. Alexander Sokolov will be joining us from The California Institute of Technology where he specializes in Theoretical Chemistry. Alexander Sokolov received his Specialist (M.Sc.) degree in Chemistry from Saint Petersburg State University (Russia) in 2009. He then went on to earn his Ph.D. in Chemistry from the University of Georgia in 2014 and in August 2014, began his postdoctoral work at Princeton University in the group of Prof. Garnet Cha.

Dr. Shiyu Zhang will be joining us from the Massachusetts Institute of Technology where he specializes in Inorganic Chemistry. Shiyu Zhang earned his B.S. in Chemistry and Biology from Jilin University, China in 2010 and Ph.D in Chemistry from Georgetown University in 2015. From 2015 to 2017, Shiyu conducted postdoctoral research under the joint supervision of Prof. Christopher Cummins at MIT and Prof. Daniel Nocera at Harvard.

Zhang’s research group is interested in cooperative reactivity of bimetallic complexes, high power radical battery and ionic molecular receptors for reactive molecules. The Zhang group aims to synthetically model biological centers with high reactivities that have yet to be replicated by synthetic systems.

Dr. Casey Wade will be joining us from Brandeis University where he specializes in Molecular Inorganic/Organometallic Chemistry. After receiving his B.S. degree from UNL in 2006, Casey traveled to Texas A&M University to pursue his Ph.D. In 2011, Casey moved to MIT to work with Prof. Mircea Dincă and study the chemistry of metal-organic frameworks.

Wade’s lab does work at the interface of molecular inorganic/organometallic chemistry and materials science. They aim to develop general strategies for the synthesis and study of new functional materials with applications in catalysis, sensing, and separation.

Dr. Christine Thomas will be joining us from Brandeis University where she specializes in Inorganic Chemistry. She received her B.S. degree from Lafayette College (Easton, PA) in 2001. Christine then began her doctoral studies in inorganic chemistry at the California Institute of Technology. After receiving her Ph.D. in inorganic chemistry in 2006, Christine went on to pursue postdoctoral work under the direction of Professors Marcetta Y. Darensbourg and Michael B. Hall at Texas A&M University.

The Thomas lab’s research entails the synthesis of new ligands and transition metal complexes with the ultimate goal of uncovering new approaches to the catalytic activation and functionalization of small molecules and organic substrates. The underlying theme for their research program is to examine the ways in which different components of a transition metal complex work together and how this cooperation affects the reactivity of the complex as a whole.