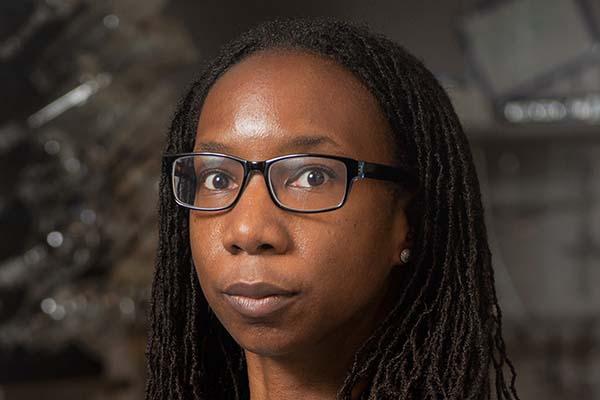 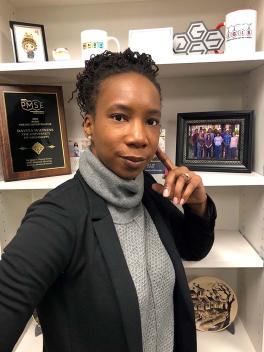 We are thrilled to announce that Dr. Davita L. Watkins will join the Department of Chemistry and Biochemistry as an Associate Professor to further expand our organic and polymer chemistry program! She will hold a joint appointment with the Department of Chemical and Biomolecular Engineering. Dr. Watkins earned a Bachelor of Science in Chemistry from Vanderbilt University and a Ph.D. in Chemistry from the University of Memphis. She completed her postdoctoral studies at the University of Florida and began her independent career at the University of Mississippi in 2014. Her research focuses on polymeric nanomaterials for theranostic and biomedical applications.

Dr. Watkins has received the ORAU Ralph E. Powe Award for her studies of noncovalent interactions in organic semiconducting devices. In 2017, she earned a National Science Foundation CAREER Award and in 2018 was named a Young Investigator by the Polymeric Materials: Science and Engineering (PMSE) Division ACS and was selected as an Emerging Investigator by the Royal Society of Chemistry's Journal of Materials Chemistry C. In 2021, she was named a Trailblazer by C&EN News and an IUPAC Young Observer. In 2022, she was named a Rising Star by ACS Women Chemists Committee (WCC) for her contributions to the field and service to the organization. She is currently on the editorial advisory board for ACS Omega and the Journal of Physical Organic Chemistry. Alongside her research efforts, Dr. Watkins has been an active voice for initiatives to increase minorities and women in STEM. She developed and directed a federally funded (National Science Foundation) four-week science initiative for minority women called Operation ICB (I Can Be) to introduce high school scholars to the laboratory setting and encourage them to pursue STEM-related degrees and careers.

We look forward to formally welcoming the Watkins research group on July 1!