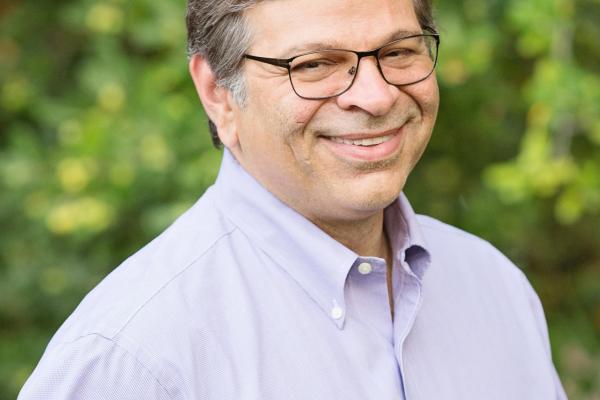 Department of Chemistry and The PULSE Institute, Stanford University

Theoretical chemist Todd Martínez develops and applies new methods that predict and explain how atoms move in molecules. These methods are used both to design new molecules and to understand the behavior of those that already exist. His research group studies the response of molecules to light (photochemistry) and external force (mechanochemistry). Martínez received his PhD in chemistry from UCLA in 1994. After postdoctoral study at UCLA and the Hebrew University in Jerusalem, he joined the faculty at the University of Illinois in 1996. In 2009, he joined the faculty at Stanford, where he is now the Ehrsam and Franklin Professor of Chemistry and Professor of Photon Science at SLAC National Accelerator Laboratory. He has received numerous awards for his contributions, including a MacArthur Fellowship (commonly known as the “genius award”). He is co-editor of Annual Reviews in Physical Chemistry, associate editor of The Journal of Chemical Physics, and an elected fellow of the American Academy of Arts and Sciences.

Abstract: Novel computational architectures and methodologies are revolutionizing diverse areas ranging from video gaming to advertising and espionage. In this talk, I will discuss how these tools and ideas can be exploited in the context of theoretical and computational chemistry. I will discuss how insights gleaned from recommendation systems (such as those used by Netflix and Amazon) can lead to reduced scaling methods for electronic structure[1] (solving the electronic Schrodinger equation to describe molecules) and how the algorithms in electronic structure can be adapted for commodity stream processing architectures such as graphical processing units.[2] I will show how these advances can be harnessed to progress from traditional “hypothesis-driven” methods for using electronic structure and first principles molecular dynamics to a “discovery-driven” mode where the computer is tasked with discovering chemical reaction networks.[3] Finally, I will show how these can be combined with force-feedback (haptic) input devices and three-dimensional visualization to create molecular model kits that carry complete information about the underlying electrons. This interactive first principles molecular dynamics method (molecular computer-aided design or mCAD) opens the door to novel ways of teaching chemistry and may also be of use in applied chemical research.[4]