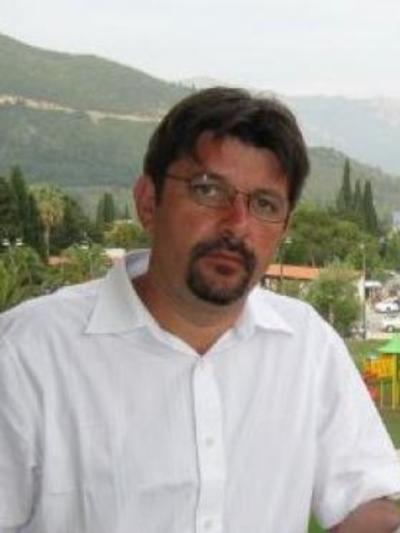 Jovica Badjic received his diploma in Chemistry (1994) from University of Belgrade (Serbia). He obtained Ph.D. in Organic Chemistry (2001) from Iowa State University. From 2001 to 2004 he was a postdoctoral research fellow in the group of J Fraser Stoddart at UCLA where he was awarded Chancellor's award for outstanding research accomplishments in postdoctoral work. He joined the faculty at the Ohio State University in 2004. He was promoted to associate professor in 2010 and professor in 2014.

The entrapment of molecules (guests) inside cavitands (concave hosts with an enforced cavity) allows for controlling the guest’s local environment and its chemical characteristics. One can use molecular encapsulation for (a) stabilizing reactive intermediates, (b) accelerating chemical reactions, (c) modulating conformational dynamics of entrapped compounds, (d) improving the solubility of useful drugs in water and (e) promoting the crystallization of molecules. Despite many advances in this important field of chemistry there are numerous challenges. The encapsulation of a substrate(s) and its conversion into product(s) have limited utility and scope. There is a small number of functional hosts that are easy to prepare in useful quantity. The encapsulation chemistry has often been promoted in organic media yet many applications are related to biologically friendly (aqueous) environment.

Our research program is focused on (a) developing the efficient syntheses and (b) examining the mechanism of action of modular cavitands – baskets with functionalized entrance and/or inner space for promoting chemical transformations in organic solvents and water (NSF support). In addition, we are interested in using baskets as working models for learning about the mitigation of nerve agents (DTRA-DoD support). Finally, our interest is also in mimicking the action of monooxygenases for promoting the oxidation of small hydrocarbons with molecular baskets containing transition metal cations.

Yian Ruan, Hashem A. Taha, Ryan J. Yoder, Maslak Veselin, Hadad M. Christopher and Badjić D. Jovica, The Prospect of Selective Recognition of Nerve Agents with Modular Basket-like Hosts. A Structure-Activity Study of the Entrapment of a Series of Organophosphonates in Aqueous Media,  Journal of Physical Chemistry B, 2013, 117, 3240.