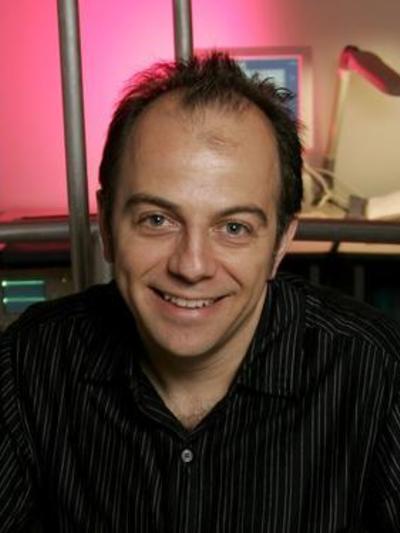 Philip Grandinetti received his B.S and M.S. in physical chemistry at West Virginia University. He received his Ph.D. in physical chemistry in 1989 at the University of Illinois, Urbana-Champaign. From 1989 to 1993 he was a post-doctoral researcher with Professor Alex Pines at the University of California, Berkeley, and during that period was an NIH postdoctoral fellow. He came to Ohio State University as an assistant Professor in 1993, was promoted to associate Professor in 1999, and full Professor in 2005. He received the NSF CAREER award in 1995 and an NSF Creativity Award in 2004. He was a visiting Professor at the Ecole Normale Superieure de Lyon in 1999, a visiting Professor and Le Studium Researcher at the CNRS, Orléans, France in 2005-06, and the Allan Cox Visiting Professor in the School of Earth Sciences, Stanford University in 2009.   He is a council member of the International Society of Magnetic Resonance and served on the Editorial Board of the journal Solid-State Nuclear Magnetic Resonance.

Our research program centers on the development of Nuclear Magnetic Resonance (NMR) methodology and its application to materials science problems such as the structure of nano-structured and non-crystalline Solids, and new materials for energy storage

Our group focuses on designing and improving NMR techniques with a focus on materials science. Over many years we have constructed a simple and consistent framework called symmetry pathways for understanding NMR experiments. Symmetry pathways is a framework that extends the concept of coherence transfer pathways, starting with two more fundamental pathways called the spatial pathway and the spin transition pathway which completely describe an NMR experiment. Given a pulse sequence and a spin system's spatial and spin transition pathways during this sequence, a series of related symmetry pathways can be derived which show, at a glance, when and which frequency components for the system will refocus into echoes. Although we classify these frequency components according to familiar symmetries (i.e., s, p, d, f, ...) under the orthogonal rotation subgroup, the power of this framework is in providing insight behind many experiments even when internal couplings are much larger than the rf coupling and one can no longer rely on the symmetries under the orthogonal rotation subgroup as a guide to designing new experiments. Additionally, this framework provides a more physical picture behind the affine transformations used when processing the multidimensional signals obtained in many NMR experiments. We believe this framework not only provides a powerful tool for designing new NMR experiments, but can be a useful pedagogical tool for NMR, allowing students to quickly grasp a number of modern NMR experiments without the need to enter into a full density (or product) operator description of each experiment.

Structure of Non-crystalline and Nano-structured Materials

The technological impact of glassy materials in today's society is both immense and diverse. While the development of new materials and applications continues to be a highly active field, there remain a number of fundamentally significant and profound mysteries about the glassy state. While many theories abound there is still no universally accepted theory for the glassy state. Surprisingly, most theories are based on structural evidence from pair correlations. It has long been argued that higher-order or ``locally favored'' structures may exist in glasses, but there have been few experimental methods capable of measuring such structures in non-crystalline materials. Our lab uses recent advances in NMR methodology for glasses to measure and quantify short- and medium-range structures with unprecedented new levels of precision and sensitivity. Uncovering these higher order structures and their patterns of occurrence is essential for future theoretical models of the glassy state. These structural distributions measured are also needed for confirming thermodynamic models of oxide glasses and melts, models for ionic transport, and also for refining potentials in molecular dynamics simulations of structure and dynamics in glasses.

"All the batteries on earth can store only ten minutes of the world's energy needs." - Isidor Buchmann

If batteries could do better they would have tremendous impact on renewable energies, such as wind, wave, solar, geothermal, which all require energy storage due to transient availabilities. Likewise, the impact on all-electric vehicles would be significant. The 2013 Nissan Leaf, an all-electric vehicle, can only travel 100 miles on a single charge and needs 4 hours to recharge.

While the high volumetric and gravimetric energy density of Li-ion batteries have driven the portable electronics market over the last two decades, they lack the energy capacity to satisfy the needs of the transportation industry. Major research efforts have focused on improving every aspect of Li-ion battery design, from cathode and anode materials to electrolytes, current collectors, and separators. This demand for inherently safe, high capacity, high-rate capability energy storage has recently led to the investigation of a class of metallic and semi-metallic elements that form stable intermetallics with lithium, providing Li+ storage capacities of 3 to 10 times that of Li+ intercalation into graphite sheets, the anode material currently used in most Li-ion batteries. Unfortunately, such high capacity intermetallic anodes undergo large volume expansions upon intercalation, changing the anode's microstructure and local chemical environments which leads to reduced capacity.

Our goal is to seek a fundamental understanding of materials properties during dynamic changes that occur throughout the lithiation (charging) and de-lithiation (discharging) processes, commencing with Sn and other Sn-based anode materials. Previous work has shown that a range of lithium-tin intermetallics can be formed electrochemically as a function of applied potential; however, preliminary data suggests that these intermetallics may be amorphous in nature depending on the rate at which they are formed. The condition at which the material transforms from a crystalline to an amorphous phase has great implications on their rate capability and stability over time. Lithium and Tin solid-state NMR is an ideal technique to probe amorphous materials and understand how kinetically driven compositional changes affect the material microstructure and the local chemical environment. Our lab is using NMR to investigate the structural transformations of LixSny starting with ex-situ measurements of these air-sensitive samples as a function of lithiation. We also working on the development in-situ solid-state NMR and NMR imaging methodologies to probe the dynamics or chemical reactions in charge storage materials.

Financial support for our research comes primarily from the National Science Foundation.  Recent members of the Grandinetti group now hold research positions in the national labs at the CNRS in France and the USDA; academics positions at Ohio State University and Marshall University; as well as industrial positions at Xerox, BASF, Motorola, Saudi Aramco, Lockheed Martin, and Bridgestone.

Philip Grandinetti will be taking on graduate students and welcomes inquires regarding all openings in his group. 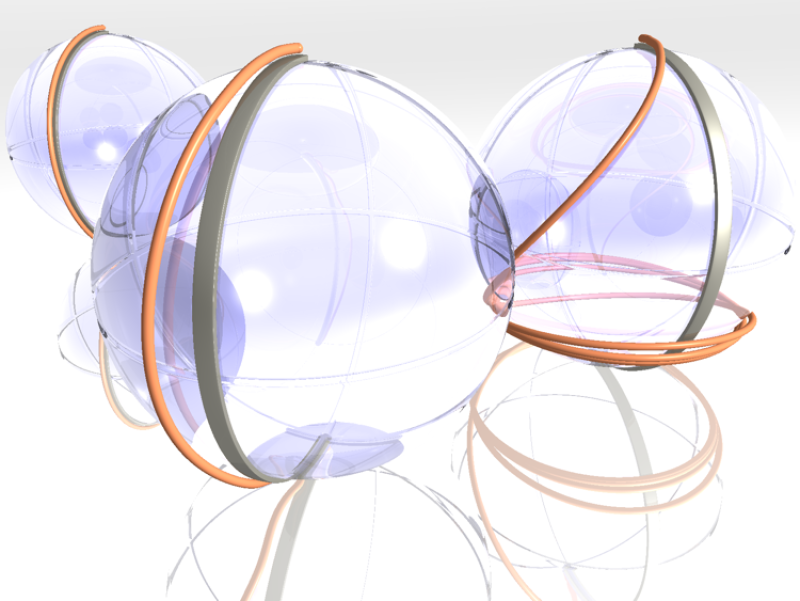 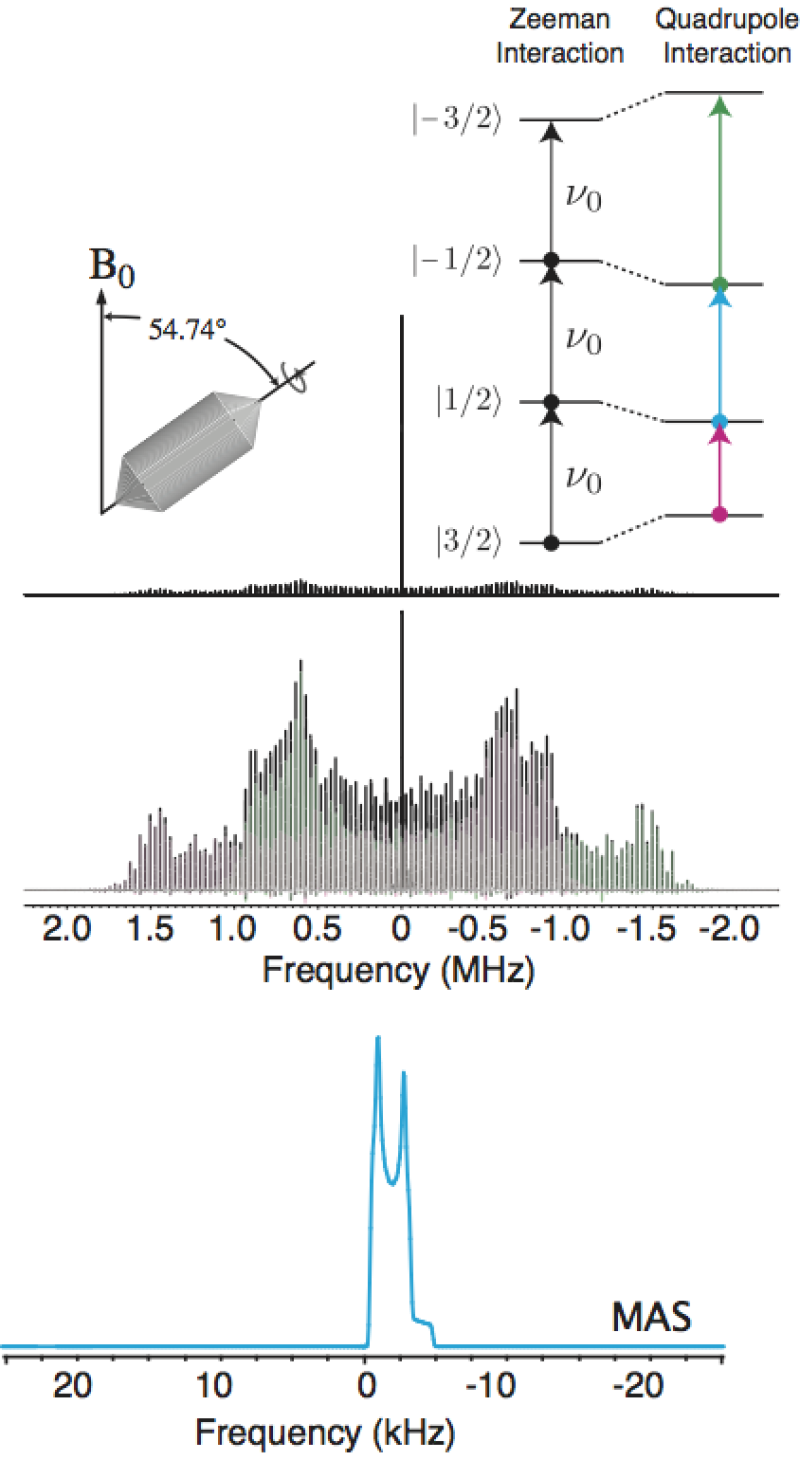