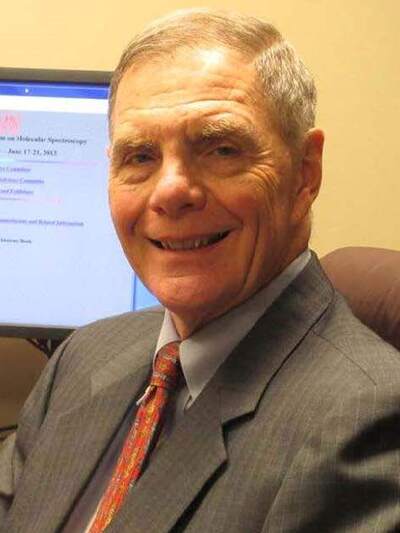 My research has long centered on the spectroscopic detection and characterization of reactive chemical intermediates. These molecules play critical roles in a variety of processes of significant importance to our society and economy, examples of which include combustion, atmospheric and interstellar chemistry, plasmas and reacting flows. For many years my research group performed both experimental and theoretical/computational spectroscopy. Recently, my group has focused on theoretical/computational work only. However, we maintain active collaborations with experimental groups in Engineering at Ohio State and Chemistry at the University of Louisville as well as a strong collaboration with a theoretical group, highly skilled in electronic structure calculations, at the University of Florida.

Recent analytical work in my group has involved the simulation of observed, cavity-ring-down (CRD), electronic-absorption spectra of metastable, triplet N2 molecules. These simulations allow the determination of triplet N2 concentrations that are critical to the understanding of the kinetics of electrical discharges, atmospheric shock waves, and various non-equilibrium reacting flows. Another area of interest is the CRD spectroscopy of alkoxy radicals, RO• with R an alkyl group. These radicals are key reaction intermediates in both the combustion of fossil fuels and the degradation of organic molecules in the atmosphere. This work involves assigning the experimentally observed fine structure in electronic spectra that is caused by vibrational and rotational motion of the nuclei. To perform these assignments, we make extensive use of predictions that are based on quantum chemistry calculations of the electronic structure of the alkoxy radicals.

We also investigate theoretically the fundamental basis for chemical reactivity. Much of the foundation for molecular quantum mechanics, particularly electronic-structure calculation, rests on the Born-Oppenheimer approximation (BOA), which states that light electrons move so fast that we can calculate the electronic properties of molecules, while considering the heavy nuclei to be stationary. However the BOA must fail when chemical bonds are made or broken, since those processes require movement by both electrons and nuclei. Therefore it is important to understand the coupling of electronic and nuclear motion that plays a significant role in areas that range from molecular dynamics to electronic spectroscopy. We develop models and test them by predicting the spectra of molecules that do not obey the BOA, typically because of Jahn-Teller effects due to the fact that they are reactive, open-shell, polyatomic molecules in degenerate electron states.

Professor Miller welcomes inquiries regarding openings in his group.

A complete list of all publications can be found here.

"The Electronic Transition Moment for the 000 Band of the

"Measurements of the absolute absorption cross sections of the