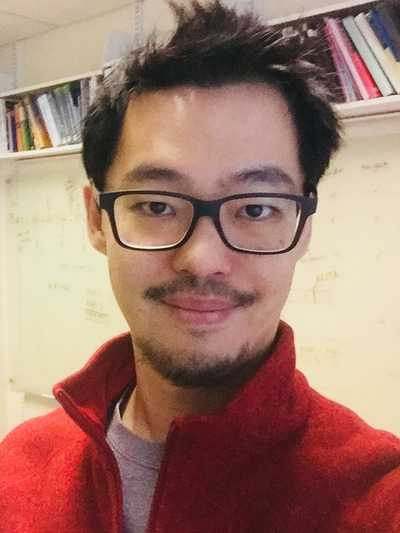 Kotaro Nakanishi received his B.S. degree from Tokyo University of Science in 2000, where he was involved in the research of the allosteric mechanism of lactate dehydrogenase. He received his M.S. degree from the University of Tokyo in 2003, where he studied the recognition mechanism of arginine tRNA-specific ribonuclease, colicin D. After working in industry, Kotaro returned to academic life, and obtained his D.Sc. in 2007 from Tokyo Institute of Technology, where he used X-ray crystallography and biochemistry to study aminoacyl-tRNA synthetase and tRNA modification enzyme with Dr. Osamu Nureki. In 2008, he joined the laboratory of Dr. Dinshaw Patel in the Memorial Sloan-Kettering Cancer Center. His work there resulted in the determination of the crystal structures of Argonaute and Dicer. He was awarded Japan Society for the Promotion of Science (JSPS) for Young Scientist, JSPS for Research Abroad, and Human Frontier Science Program for Long-term Fellow. In recognition of his works, Kotaro received the RNA Society/Scaringe Award in 2012 and the Young Scientists’ Prize of the Commendation for Science and Technology by the Japanese Minister of Education, Culture, Sports, Science and Technology in 2013. He joined the Department of Chemistry & Biochemistry of Ohio State University in August of 2013. Since then, his group has received support for their research on “Target specificity of human RNA-induced silencing complex” from the NIH R01 grant and the PRESTO, Japan Science and Technology Agency.

MicroRNAs (miRNAs) are one type of noncoding RNAs that are not translated into proteins but instead work as functional RNAs. These RNAs possess an ability to degrade messenger RNAs (mRNAs) including a complementary sequence. The way of gene regulation is known as ”RNAi interference (RNAi)” (aka “RNA silencing”). Due to the significance, the dysregulation of miRNAs causes many diseases, such as neurodevelopmental disorder and cancers. miRNAs alone are not functional. Humans have more than 2,000 miRNAs. They are loaded into four AGOs (i.e., AGO1, AGO2, AGO3, and AGO4) to assemble their RNA-induced silencing complexes (RISCs) that binds to target mRNAs, leading to translational repression or mRNA degradation. The activity of the RISC is regulated by other proteins and RNAs.

In August 2018, the US Food and Drug Administration approved the first RNAi drug. This new type of drug is loaded into either of four human AGOs. Although the four paralogs have been thought to work redundantly, recent studies suggest that each AGO has specialized roles. Therefore, it is quite important to understand the molecular mechanisms of each AGO. The research in his group focuses on 1. Target specificity of four human AGOs, 2. Unique roles of each human AGO, and 3. Regulation of the RISC activity. To this end, his group takes a combinatorial approach of biochemistry, biophysics, molecular biology, cell biology, and structural biology. For example, although only AGO2 has been shown to have slicer activity, his structural and functional study recently discovered that AGO3 also becomes an RNA slicer when loaded with miR-20a.

Meanwhile, the Nakanishi group exploits their knowledge and expertise in 4. Molecular engineering of AGOs for therapeutic applications. They programmed a yeast AGO with guide DNA to assemble DNA-induced slicing complex (DISC) and succeeded in cleaving an HIV-1 5’ untranslated region at desired positions. Thus, his group developed an AGO-based programmable RNA restriction enzyme for the first time.

Dayeh DM., Kruithoff BC., Nakanishi K.* (2018) Structural and functional analyses reveal the contributions of the C- and N-lobes of Argonaute protein to selectivity of RNA target cleavage. J. Biol. Chem., 293, 6308-6325.