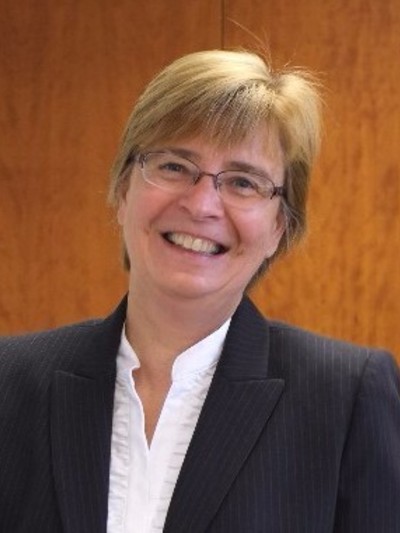 Distinguished University Professor and Dean of Natural and Mathematical Sciences

Susan Olesik received her A.S. from Vincennes University in 1975, B.A. from DePauw University in 1977, and Ph.D. in 1982 from the University of Wisconsin-Madison, under the auspices of James W. Taylor in field of analytical mass spectrometry.  She was also a postdoctoral fellow for Milos Novotny at Indiana University from 1982-1984 and for Tomas Baer at University of North Carolina-Chapel Hill from 1984-1986.  She has been a faculty member at The Ohio State University since 1986, being promoted to Associate Professor in 1992 and Professor in 1997.  She continues as the Director of the Ohio House of Science and Engineering (OHSE), a K-16 science outreach center.  Her awards include: ACS 2014 Helen M Free Award for Public Outreach, 2014 ACS Award in Chromatography, 2012 AAAS Fellow, 2010 OSU Building Bridges Excellence Award, 2009 ACS Fellow, 2008 ACS National Award for Encouraging Disadvantaged Students into Careers in the Chemical Sciences; 2008 Stanley C. Israel Regional Award for Advancing Diversity in the Chemical Sciences; 2006 OSU Alumni Association Heinlen Award; 2005 Columbus Technical Council (CTC) Technical Person of the Year; 2004 ACS Columbus Section Award for Outstanding Achievement & Promotion of Chemical Sciences; 2000 AWISCO Woman in Science Award; and a commendation from NASA for contributing a GC Column to Cassini-Huygen’s probe.

The central goal of our research program is to develop new analytical separation concepts that drive the field toward new levels of performance in speed to analysis and chromatographic efficiency. Our current projects include:

Nanofibrous materials are also valuable for solid phase microextraction (SPME).  These devices provide large surface areas per weight of nanomaterial which allows for improved extraction efficiency for a range of compounds of interest (such as pharmaceuticals in waste water and herbicides in natural waterways).

III. Enhanced-fluidity Liquid Chromatography, EFLC.  Enhanced-fluidity liquids (EFL), also called gas-expanded liquids (GXL), are solvent mixtures containing high proportions of a liquefied gas. These liquid mixtures have mass transport properties (rates of diffusion and viscosity) that are intermediate between those of liquids and supercritical fluids.   Significant increases in the rate of diffusion cause corresponding improvements in the chromatographic efficiency.  Another strong attribute of EFLs is that while the mass transport properties are improved by adding large proportions of liquefied gases, the solvent strength of the liquid is maintained to a value close to that of the original mixtures.  In the past, we have shown that by using EFLC, the speed of the separation and the efficiency improve for mixtures of moderately polar analytes. We are currently moving this technology toward applications that include highly polar mixtures, such as those in biological systems.  For example, nucleotide and nucleoside separations without gradient elution methods are now viable.

In, summary, our group is on a quest to define technology that can be used routinely for high speed, high efficiency chromatography, and low detection limit mass spectrometry.  Most of  technology would also be well suited for on site (field-based or point of care) studies.