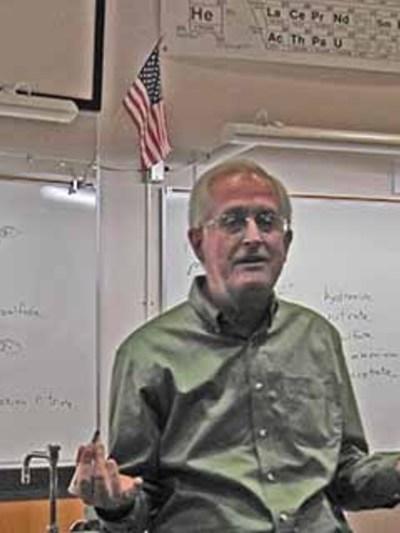 Robert Ross received his B.S. in chemistry in 1962 from Caltech and his Ph.D. in chemistry in 1966 from the University of California, Berkeley, where his thesis advisor was Melvin Calvin. Before joining Ohio State's faculty in 1970, he taught at UC Berkeley and helped establish a Ph.D. program in chemistry at the American University of Beirut. While in Beirut he also served as director of the University of California's study-abroad program there. Ross taught at Ohio State from 1970 to 1995 and was director of the Biophysics Graduate Program from 1980 to 1989. After retiring from Ohio State, he taught in the Computer Science Department at Cal Poly State University from 1996 to 2009, and then chemistry and computer science at Cuesta College from 2011 to 2016.

Most of Ross's research has studied limits on conversion of the energy in a beam of light to chemical form. The primary focus has been biological photosynthesis, but his work also applies to other kinds of solar energy conversion. A desire to analyse the thermodynamics of different pigment complexes in plants led him to develop the use of multilinear algebra to resolve the spectra of chemically-inseparable chromophores; much of this work has been done in collaboration with statistician Sue Leurgans.