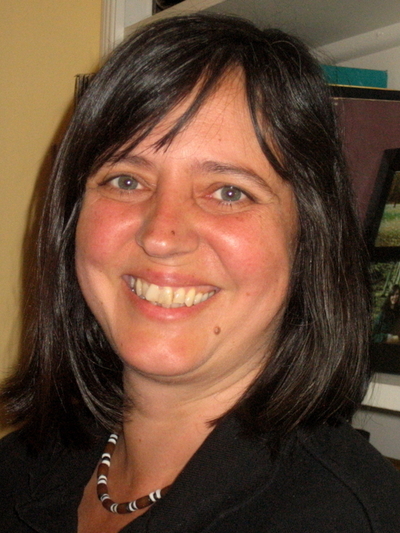 Claudia Turro received her B.S. with Honors in 1987 from Michigan State University. She worked with Daniel G. Nocera and George E. Leroi at Michigan State University and received her Ph.D. in 1992. She was awarded a Jane Coffin Childs Memorial Fund for Medical Research Postdoctoral Fellowship to conduct postdoctoral work at Columbia University with Nicholas J. Turro (no relation) from 1992 to 1995, and has been a faculty member at The Ohio State University since 1996. She received the Early CAREER Award by the National Science Foundation in 1998, the Arnold and Mabel Beckman Foundation Young Investigator Award in 1999, was named a 2010 Fellow of the American Chemical Society (ACS), and a 2012 Fellow of the American Association for the Advancement of Science.  She was elected President of the Inter-American Photochemical Society (2012-14) and Chair of the ACS Division of Inorganic Chemistry (2016). She received the 2014 College of Arts and Sciences Susan M. Hartmann Mentoring and Leadership Award, the 2014 Award in Photochemistry from the Inter-American Photochemical Society, the 2016 Edward W. Morley Medal from the Cleveland Section of the ACS, the 2016 Award of the Columbus Section of the ACS, and the 2019 College of Arts and Sciences Harlan Hatcher Distinguished Faculty Award. Since 2016, she has been serving as Associate Editor for the Journal of the American Chemical Society.

The Turro group is interested in understanding and utilizing reactions of metal complexes that can be initiated with light. The potential applications of these reactions span the areas of photochemotherapy (PCT) for the treatment various diseases, luminescent reporters and sensors, and solar energy conversion. In order to improve and expand their reactivity, the fundamental understanding of the excited states of mononuclear and dinuclear metal-metal bonded transition metal complexes is necessary and remains an important subject of investigation. The work in the Turro group focuses on the control and dynamics of excited states, including photophysical properties, and reactivity, including energy transfer, charge separation and recombination, and photochemical reactions. Understanding and controlling these processes is vital for numerous applications, including solar energy conversion, photochemotherapy, and sensing. Transition metal complexes that are nontoxic in the dark and become highly toxic upon irradiation with visible or near-IR light are ideal for PCT. Complexes that undergo photo-induced ligand dissociation are under investigation, such that the complex can deliver drugs or inhibitors that selectively target tumors, while simultaneously producing reactive oxygen species to induce cancer cell death. The Turro group has also discovered new materials that are able to both harvest photons from sunlight efficiently over a wide range of energies, from the ultraviolet to the near-IR. They have shown that these complexes are able to act as photosensitizers that transfer charge to catalysts to produce clean fuels.  More recently, these complexes were discovered to act as both the light absorber and the catalyst, generating hydrogen upon irradiation with red and near-IR light with high efficiency.