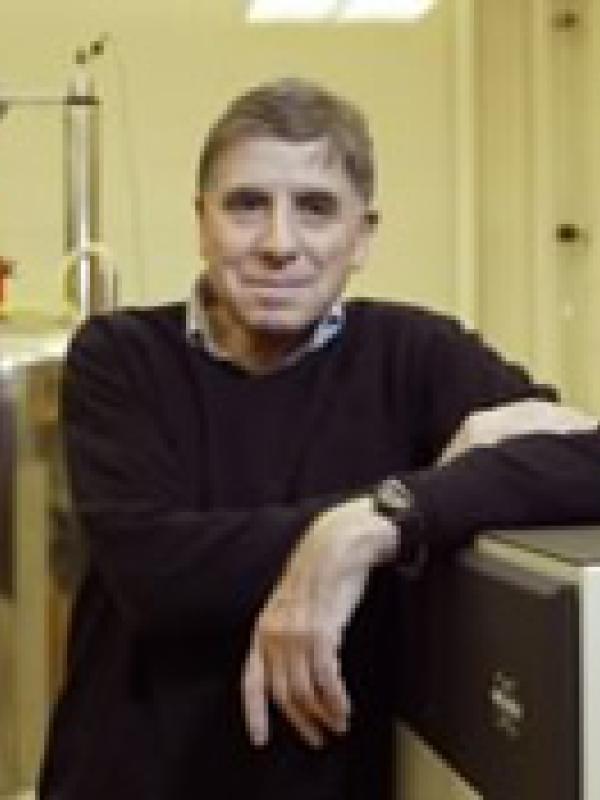 Professor Fraenkel's research is in the general area of physical organic chemistry, organometallic chemistry, and NMR and has been supported continuously by mainly NSF, as well as NIH and AFOSR. His research is described in over 200 articles and a book, "NMR of Chemically Exchanging Systems", which describes Professor Fraenkel's pioneering contributions to the theory and applications of dynamic NMR. He is a consultant with Monsanto, 1996 to the present; Firestone Tire and Rubber (now Bridgestone), 1978-1983; Goodyear, 1984 to the present; and Jones, Day, Reavis and Pogue, 1999 to the present.

Our research interests revolve around carbanionic substances, their structures and dynamic behavior. For example, we prepare potentially theoretically interesting and synthetically useful organolithium compounds enriched in 13C and 6Li. By exploiting 13C-6Li, spin-coupling, one can determine the structures of the (RLi)n clusters,  Having establlished the density matrix theory for NMR of rapidly reorganizing chemical systems, we have applied it to study the kinetics and mechanisms of fast-equilibrium reorganization processes such as inversion at carbanionic carbon, C-Li bond exchange and interconversion of species. These latter techniques have also been used to determine the structure (see 1 and 2) of ion-paired salts for the first time and to resolve the dynamics of their different fast equilibrium reorganizing processes. Typical ΔH‡ values for ion-ion reorientation in contact ion-pairs lie in the range 6 to 7 kcal/mol, respectively. In particular, lately, we have been able to produce a series of allyllithium compounds, which exhibit unique and varying degrees of delocalization and C-Li covalence as determined from our NMR and X-ray crystallographic studies. These otherwise aberrant structures (see 3) are stabilized by the use of ligands attached to the carbanionic moiety. If the ligand is too short to place Li+ normal to the center of the allyl plane (as in delocalized externally solvated allylic lithium compounds) lithium is sited off this vertical axis and some degree of C-Li covalence is established. Theoretical and structures are under investigation. Offshoots of our carbanion research include a new preparation of cis-cyclicdiamines (see 4->5) as potential ligands for metal ions, the use of nitrous oxide as a diazo transfer reagent and the physiological alkylation of toxic heavy metal ions (see 6->7).  This unusual combination of skills from organic and organometallic synthesis, NMR theory and technology and calculations prepare members of the group to make many contributions in industry and academia.  For example, given that aggregation and solvation correlate so closely with mode of reactivity it is now common practice in industry to monitor organolithium reagents prior to their use to ensure the reagents are in suitable form for their intended use.  The group has also been very active worldwide in collaborations on problems involving dynamic NMR.