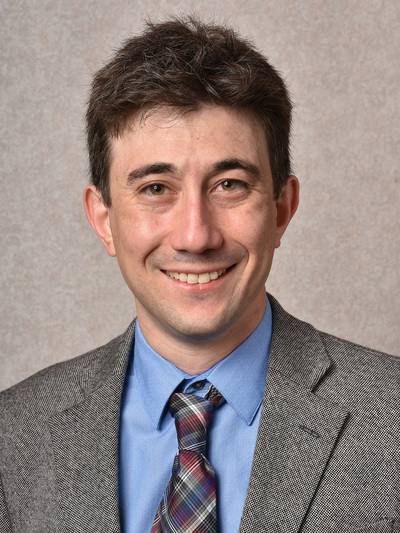 Josh Goldberger received his B.S. in chemistry from The Ohio State University in 2001. He received his Ph.D. in chemistry from the University of California at Berkeley with Professor Peidong Yang in 2006, as an NSF graduate fellow. He then did his postdoctoral research with Professor Sam Stupp at Northwestern University as part of the Institute for BioNanotechnology in Medicine, as an NIH-NRSA postdoctoral fellow (2007-2010).  He has received many awards, including an MRS Graduate Student Finalist Award in 2003, an IUPAC Prize for Young Chemists in 2007, a Camille Dreyfus Teacher-Scholar Award in 2015, a Lumley Interdisciplinary Research Award in 2019, and an ASC Mid-Career Excellence Award in 2020.   He joined The Ohio State University Chemistry Department in August of 2010, and was promoted to Associate Professor in 2016, and Professor in 2020.

The major focus of our lab is to learn how to design new inorganic and hybrid organic/inorganic solid-state materials with unique and highly competitive physical properties for applications in electronics, energy conversion, and catalysis.  Our lab is multidisciplinary, combining synthetic organic, inorganic, and solid-state chemistry techniques, with insight and property measurements from the condensed-matter physics, and materials science.

1) 2D Materials Beyond Graphene – Since the discovery of single-layer graphene’s unique electronic properties, there has been great interest in the synthesis, properties, and application of single layers of graphene and other inorganic two-dimensional layered sheets.  We are creating new single-/few-atom thick layered materials that have novel optical, electronic, and magnetic properties and phenomena.  Major directions in our lab involve creating and understanding the properties of new topological materials, and magnets.

2) Materials with Axis-Dependent Conduction Polarity – The conventional understanding of the electronic properties materials is that a single material gives rise to a single kind of electronic behavior.  A material can either be a metal, or a semiconductor which is doped with other elements to produce either p-type or n-type behavior.  Then, in almost all modern electronic devices these p-type and n-type regions are connected together for functionality.

We have discovered a new class of materials that simultaneously behave n-type along one crystallographic axis, and p-type along an orthogonal axis, and established the fundamental mechanism behind this phenomena.  This opens up the opportunity to fabricate new electronic devices (photovoltaics, thermoelectrics, transistors) in a single crystal simply by changing its shape and contacting different crystal facets.  Through a combination of computational predictions, single-crystal growth, and measurements, we are continuing to expand the scope of  materials with this phenomenon, developing general chemical design principles, and exploring their applications in new technologies.

3.  New Solid-State Heterogeneous Catalysts -  There remains a need for new catalysts and electrocatalysts that utilize less energy (i.e. operation at lower temperatures, lower overpotentials), that replace noble metals with earth-abundant elements, and that enable fundamentally new pathways to transform specific reactants into products. Our lab is focused on discovering new heterogeneous catalysts in previously unexplored families of solid-state compounds.  As a recent example, we have recently established that BaGa2, a transition metal-free layered intermetallic compounds that reacts with H2 under moderate conditions to form BaGa2H2, is an excellent alkyne hydrogenation catalyst.

More information can be found at the research website.

The Goldberger lab is supported from the National Science Foundation and Air Force, and is looking for incoming graduate students.