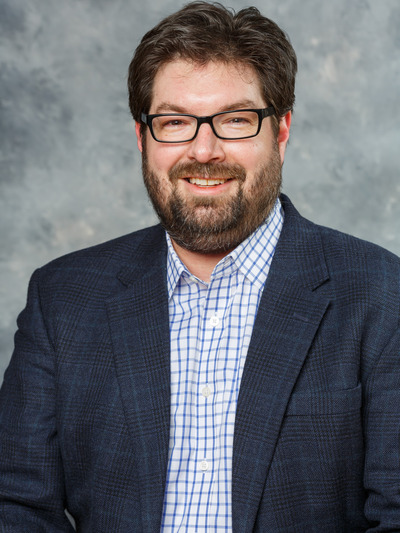 Thomas J. Magliery received his A.B. in chemistry from Kenyon College, Gambier, Ohio, where he studied oxidative DNA damage by iron complexes with Rosemary Marusak. He received a Ph.D. in chemistry from the University of California, Berkeley, with Peter G. Schultz, there developing library and selection technology for protein and tRNA engineering that led to the first bacteria with expanded genetic codes. As an NIH Postdoctoral Fellow at Yale University in New Haven, Connecticut, he worked with Lynne Regan, taking combinatorial and statistical approaches to the re-design of helical proteins. Magliery joined the faculty of The Ohio State University in 2005 as an assistant professor in the Chemistry and Biochemistry departments. He is a member of the Ohio State Biochemistry Program (OSBP), the Biophysics Graduate Program, and the Chemistry-Biology Interface Program (CBIP).

Combinatorial and Statistical Approaches to Protein Stability, Structure and Function

Proteins adopt their conformations based on their sequence of amino acids, but we still have little more than rules of thumb relating sequence to structure or thermodynamic stability. In part, this is due to the vast number of possible variants of even small proteins. For example, one molecule of every possible 50-amino acid protein sequence would have more mass than our galaxy. Moreover, it is difficult to apply traditional biophysical techniques in a high-throughput format. We can also statistically analyze databases of natural protein variants for higher-order patterns that lead to stability, such as correlated occurrences of amino acids. We have recently constructed the consensus sequence of a large enzyme family, and found that it is active but has unusual structural properties. We are re-engineering this sequence with correlated mutations to probe their effects. Our group is also interested in developing powerful tools for in vivo detection of protein-protein interactions. We are using the recently developed power of in vivo, site-specific unnatural protein mutagenesis, and we are developing a method to rapidly scan a photoaffinity label through every position of a protein to elucidate binding partners and interaction surfaces. Separately, we are improving a split-GFP reassembly screen to trap interacting proteins and applying this to four-helix bundle interfaces in tumor suppressor proteins. We apply our technologies to improve the physical properties of proteins used for therapeutic purposes. We are part of a large NIH Center that aims to improve the activity and properties of enzymes that inactivate organophosphorous nerve agents. Our lab uses a wide variety of techniques, including DNA library construction and screening, protein expression and purification, spectroscopic analysis of proteins (CD, fluorescence, NMR and X-ray crystallography), bioinformatics and synthetic organic chemistry.

Our work is funded by the NIH, including NIGMS for our combinatorial biophysics work and NINDS's CounterACT program for our work on paraoxonase-1.

Dr. Magliery will be taking graduate students this year and welcomes inquiries about openings in his group.