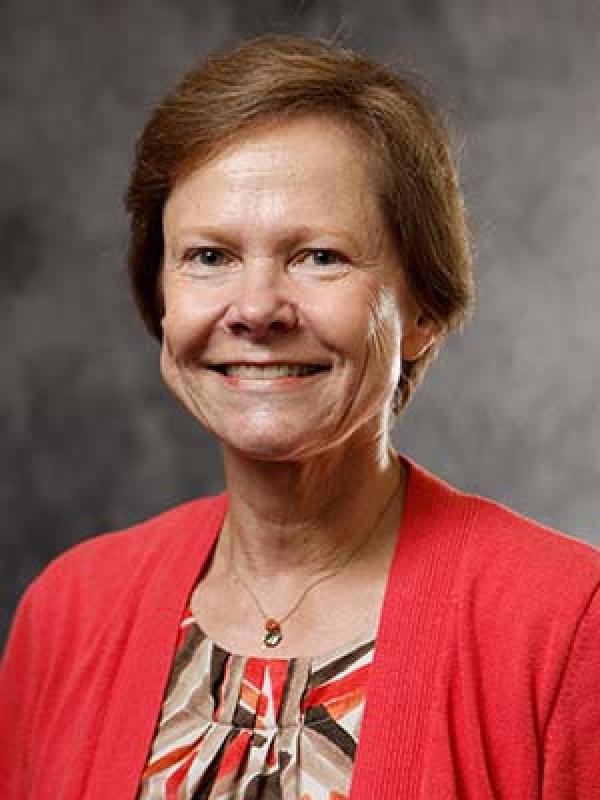 Karin Musier-Forsyth obtained a Ph.D. in Chemistry from Cornell University in 1989 under the direction of Dr. Gordon G. Hammes. She was an American Cancer Society Postdoctoral Fellow in the laboratory of Paul Schimmel at M.I.T. from 1989-92. She joined the faculty at the University of Minnesota as an Assistant Professor of Chemistry in 1992. She was named Merck Professor of Chemistry in 2003 and Distinguished McKnight University Professor in 2006. In 2007, she moved to her current position at Ohio State University, where she is the Ohio Eminent Scholar in Biological Macromolecular Structure and Professor of Chemistry and Biochemistry. She was awarded the Camille Dreyfus Teacher-Scholar Award in 1996, the Pfizer Award in Enzyme Chemistry from the Biological Division of the American Chemical Society in 2003 and was Elected as AAAS Fellow in 2009. In 2014 she was awarded the William H. Kadel Alumni Medal for Outstanding Career Achievement from her alma mater, Eckerd College (St. Petersburg, FLA) and in 2020 she was a co-recipient of the Diversity Enhancement Faculty Award from the College of Arts & Sciences at Ohio State. She has served as co-director of the NIH T32 Predoctoral Training Program at Ohio State since 2011. She has published over 200 peer-reviewed research articles, book chapters and reviews and has served as an Associate Editor of the Journal of Biological Chemistry since 2018.

Members of the KMF lab use a wide variety of biochemical, molecular biology, biophysical sand cell-based approaches to answer questions focusing on RNAs and proteins that are involved in retroviral (HIV-1 and HTLV-1) replication and fidelity mechanisms that ensure accurate translation of the genetic code. Additional research projects explore RNA-protein interactions in SARS-CoV-2 and disease-causing mutations in aminoacyl-tRNA synthetases. Some of the major projects currently underway are listed below.

1. Host Cellular Factors Critical for HIV-1 Replication.
The primer for reverse transcription in HIV-1, human tRNALys3, is selectively packaged into virions along with tRNALys1,2. Human lysyl-tRNA synthetase (LysRS), the only cellular factor that interacts specifically with both tRNALys isoacceptors, is also packaged into HIV-1. We are currently focusing on elucidating the various roles of human LysRS in the HIV-1 lifecycle and determining the cellular location and conformational effects of tRNA primer annealing to genomic RNA.

2. RNA Binding and Packaging by Retroviral Gag Proteins.
HIV-1 packages two copies of full-length genomic RNA (gRNA) as a dimer into newly formed viral particles. The full-length RNA also serves as an mRNA for Gag polyprotein synthesis. We are focused on elucidating the mechanism by which transcriptional start site choice modulates gRNA packaging selectivity. This work will gain insights into how subtle sequence changes can alter the ensemble of 5′UTR RNA structures, HIV-1 Gag binding, and viral RNA packaging versus translation.

3. Translational Quality Control by Trans-editing Domains
Aminoacyl-tRNA synthetases (aaRSs) are universally conserved enzymes that ensure high fidelity of translation of genetic information into functional proteins across all domains of life. These enzymes pair amino acids with their corresponding tRNA isoacceptors in a process known as aminoacylation. Many aaRSs have acquired editing mechanisms that prevent formation and/or accumulation of mispaired tRNAs. The overarching goal of this project is to uncover the specific functions of a growing family of trans-editing proteins. The eukaryotic trans-editing systems we are currently investigating include plants, humans, and trypanosomes, which are human pathogens. Structure-function studies are being carried out both in vitro and using cell-based or in vivo approaches.

4. Role of Aminoacyl-tRNA Synthetases in Genetic Disease
Heritable mutations in genes encoding aminoacyl-tRNA synthetases are causally linked to certain diseases including cancer, neuronal pathologies, autoimmune disorders, and disrupted metabolic conditions. We are investigating variants of the dual-functional cytoplasmic human glutamyl-prolyl-tRNA synthetase, EPRS1, which have been identified by clinicians to be associated with leukodystrophy, diabetes and bone disease, psychomotor developmental delay, seizures and deafness.

5. Role of SARS-CoV-2 N protein phosphorylation in RNA binding, condensation, and chaperone activity.
SARS-CoV-2 is a betacoronavirus with a positive sense, single-stranded RNA genome about 30 kilobases (kb) in length. The viral genomic RNA (gRNA) is packaged into progeny virions by Nucleocapsid (N) protein. In addition to its role in gRNA packaging, N protein is known to be an RNA chaperone during gRNA replication in other coronaviruses and post-translational phosphorylation of N protein is hypothesized to modulate its function. These hypotheses are also being tested in this work.