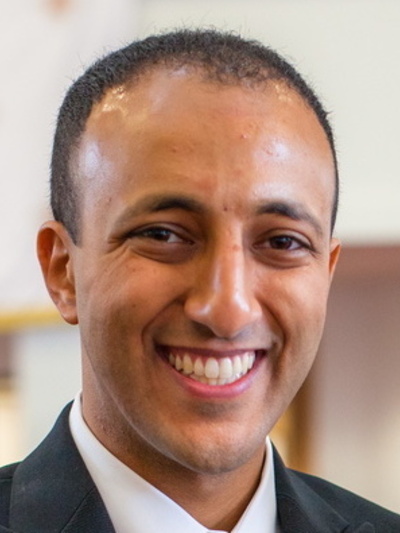 David grew up near Philadelphia, PA and earned a B.S. in Chemistry at Boston College in 2006, working with Prof. Scott Miller to desymmetrize meso-diols via small peptide catalysts that serve as synthetically-controllable enzyme-mimics. He then earned his Ph.D. with Prof. David MacMillan at Princeton University in 2011, developing several new trifluoromethylation reactions by pioneering catalytic strategies for the mild generation of CF3 radicals. During his graduate studies, David developed the first catalytic, enantioselective trifluoromethylation of carbonyls by combining organocatalytic activation with photoredox catalysis. He further developed this radical-based strategy to enable the streamlined synthesis of medicinally-important aryl and heteroaryl organofluorines with numerous applications towards the late-stage C-H functionalization of medicinal agents such as lipitor and ibuprofen. As an NIH Postdoctoral Scholar with Prof. F. Dean Toste at the University of California, Berkeley, David continued developing new C-H activation strategies by harnessing selective, oxidative gold mechanisms. In collaboration with Prof. Omar Yaghi, he also demonstrated the catalytic utility of post-synthetically modified MOF (metal-organic framework) materials as size-specific heterogeneous catalyst architectures. In 2014, David joined the faculty of The Ohio State University as an Assistant Professor in the Department of Chemistry and Biochemistry, where he was promoted to Associate Professor with tenure in 2020. His team’s research on radical-mediated C-H and C-O functionalization has been recognized with awards by the ACS, NIH, NSF, Lilly, and Sloan Foundation.

Modern chemistry enables us to create any molecule we might imagine to be of benefit to our society. This allows us to accomplish such feats as converting: fossil fuels into cancer therapies, corn stalks into biofuels, or sugar cane into tracers for mapping the human brain. Nonetheless, while we can theoretically synthesize nearly any complex architecture, it is often prohibitively challenging to do so. Obstacles range from the limited variety and availability of fossil fuel-derived precursors to the inefficiency and non-scalability of multi-step synthetic sequences.

The Nagib Laboratory seeks to bridge the gap between what is possible and practical in the realm of organic synthesis. Our goal is to expand the synthetic toolbox by designing fundamentally new activation strategies and catalysts. We aim to harness the untapped reactivity of cheap and abundant chemical feedstocks as well as enable the late-stage functionalization of complex natural products. We will invent multi-faceted approaches for selective C-H and C-O activation, using combinations of radical (1e-) and closed shell (2e-) processes. By emphasizing the design of novel dual-catalytic strategies (organometallic, organocatalytic, etc.) and a careful elucidation of their unique mechanisms, we will develop useful methodologies to enable non-classical synthetic disconnections. Our chemistry will have important applications in various interdisciplinary arenas, including the streamlined synthesis of improved medicines, materials, and biofuels.

The frequent need for harsh chemical or photolytic conditions to generate radicals has created the misconception that radical chemistry is incompatible with complex organic synthesis. Our lab will build on and develop techniques for the mild generation of open shell intermediates in order to demonstrate radical reactivity can be harnessed as an important tool to enable useful synthetic disconnections that are either complementary (umpolung) with, or difficult to achieve (C-H activation) by, two-electron processes.

Recent innovations in organometallic and radical-based C-H activation strategies have demonstrated that this most ubiquitous (non)functional group can be exploited to introduce synthetic complexity to simple molecules in a more direct and efficient manner. Our lab will build on the rare and exciting examples of selective C-H functionalization by developing a toolbox of catalysts that can introduce new functional groups at any desired position of a simple or complex molecule. By replacing substrate-based selectivity with catalyst-directed programming, classic retrosynthetic analysis can be complemented by at-will functionalization of late-stage synthetic intermediates as well as biologically-derived natural products.

While cleavage of a C-O bond is one of the most common retrosynthetic disconnections in organic synthesis (e.g. Mitsunobu displacement of alcohols, peptide coupling of carboxylic acids), there is a significant dearth in catalytic strategies to displace an -OH group - forcing chemists to rely on wasteful, stoichiometric activation before desired C-O displacement. Our lab will make use of captodative catalysts (with synergistic push-pull electronics) to enable the thermodynamically favorable displacement of H2O as a sole, environmentally-friendly byproduct. This approach may enable the first catalytic examples of some of the most frequently employed and valuable transformations in organic synthesis.

The Nagib group is looking for enthusiastic and motivated graduate and undergraduate students interested in developing new areas of catalysis. Inquiries about positions in the group are welcomed.