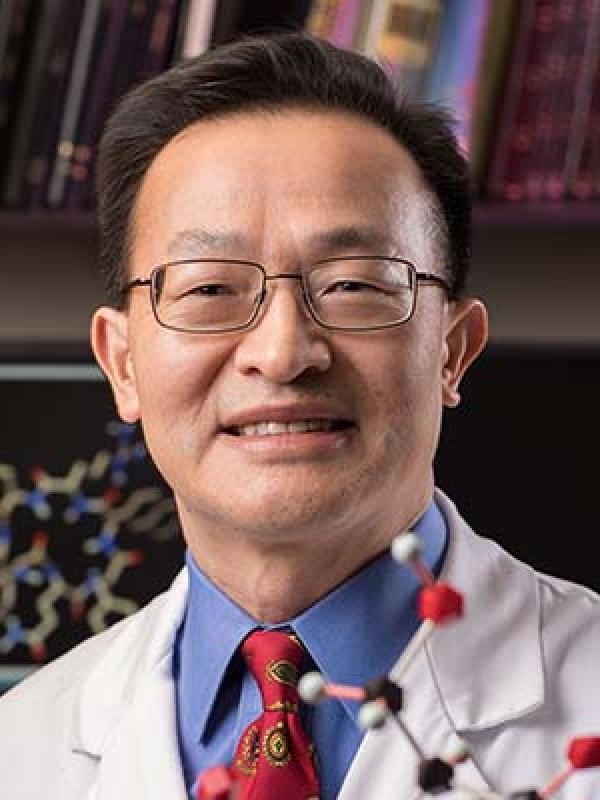 Dehua Pei obtained his B.S. Degree in Chemistry from Wuhan University, China in 1986 and his Ph.D. Degree in organic chemistry from University of California, Berkeley in 1991, working under the direction of Peter G. Schultz. After a postdoctoral stint with Christopher T. Walsh at Harvard Medical School, he joined the faculty at OSU in 1995. He was honored as OSU’s 2017 Innovator of the Year and named a fellow of American Association for the Advancement of Science in 2010. He received American Chemical Society Akron Section Award in 2009 and American Chemical Society Columbus Section Award in 2018. He co-founded Entrada Therapeutics in 2016 and served as its Chief Scientific Advisor in 2016-2021.

Our research spans from mechanistic study of biological phenomena, development of novel methodologies, to applications of the mechanistic understanding and methodologies to discover novel therapeutic agents and chemical probes. It is estimated that ~75% of all disease relevant human proteins are undruggable by current drug modalities, which include small molecules (molecular weight <500) and biologics (molecular weight >5000). Prominent examples of undruggable proteins are those involved in intracellular protein-protein interactions (PPIs). The ultimate goals of our research are to understand how biomolecules travel across cell membranes and develop a new class of drugs – intracellular biologics – to target these challenging proteins. The following projects are under current investigation in our group.