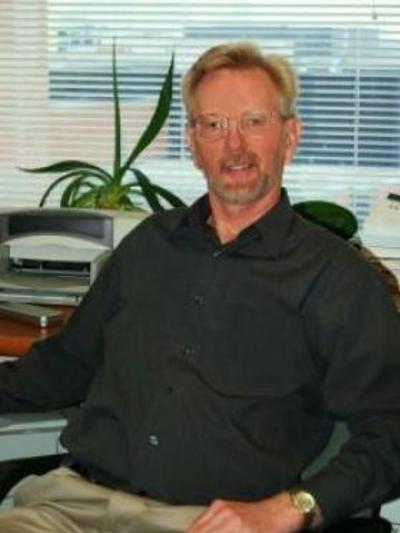 OUR RESEARCH IS FOCUSED primarily on the study of a family of proteins that use derivatives of riboflavin (vitamin B2) as essential cofactors or coenzymes for their biological activity. Our emphasis is the investigation of the structure of the protein, its influence on the chemical and oxidation-reduction and other chemical properties of the bound flavin cofactor, and the role of the cofactor in catalysis and/or electron transfer. Flavoproteins are often an integral part of important electron transport pathways in living systems including such important processes as respiration, photosynthesis, nitrogen fixation, signal transduction, detoxification, DNA repair, and metabolism. Many of these processes represent an important means by which chemical and photochemical energy is transformed and transported within the cell as electro-chemical potential. The flavin cofactor that participates in each of the many redox reactions catalyzed by flavoproteins is essentially the same; however, its properties and chemical reactivity are very different depending on the protein to which it is bound. It is obvious that the protein exerts a major influence on the bound cofactor. How is this accomplished? Our research major goals center around the determination of the protein structural features that are responsible for the modulation of the redox and biochemical properties of the bound flavin cofactor in flavoproteins. One of our favorite and most extensively studied model system is the small electron transferase known as the flavodoxin. Flavodoxins are small proteins containing a non-covalently bound flavin mononucleotide cofactor as their only redox center. These acidic proteins serve as very low potential one-electron transfer proteins in various biological processes including nitrogen-fixation, hydrogen production, sulfate reduction, and photosynthesis in some organisms. This class of flavoprotein is well characterized both biochemically and structurally, providing a good model system in which to investigate how specific molecular interactions between protein and flavin cofactor alter and regulate the oxidation-reduction properties and other physical attributes of the bound cofactor. The effects of hydrogen-bonding, polarity, solvent accessibility, and electrostatic and aromatic interactions are being systematically evaluated by the "re-engineering" of the FMN binding site using recombinant DNA technology. More complex flavoproteins, including cytochrome P450 reductase, part of an essential detoxification and xenobiotic-metabolizing system in mammalian cells, and nitric oxide synthetase, an enzyme important in signal transduction contain FMN in addition to the related cofactor (flavin adenine dinucleotide [FAD]). Cytochrome P450 is made up of two principal domains (excluding the membrane-anchoring region)--the FAD-binding domain, which also forms the NADPH binding site, and the FMN-binding domain. Electrons pass from the reduced pyridine nucleotide (NADPH) to the FAD which, in a complex mechanism, are transferred to the FMN. The reductase forms a transient, non-covalent electron transfer complex with cytochrome P450 by which one electron from the FMN passes to the heme-Fe. It is of interest and significance that the FMN-binding domains of these more complex flavoproteins are homologous in sequence and tertiary structure to the flavodoxin. It is likely that the flavodoxin serve as a paradigm for the FMN-binding domains in these proteins. However, do they regulate the oxidation-reduction and chemical properties of the cofactor in similar ways? Significant differences are noted between the midpoint potentials of the FMN in cytochrome P450 reductase and the flavodoxin. Thus, another of our long-term goals is to demonstrate whether some of the same basic principles underlying the modulation of the redox properties of the bound cofactor that are found in the simpler bacterial flavodoxin monomer apply directly to these multi-domain systems. Our efforts are primarily focused on studies of the human cytochrome P450 reductase system. The generically named electron transfer flavoprotein or ETF, provides us with a second system of electron transferase having entirely different properties. These proteins display unusually high oxidation-reduction potentials, among the highest of the flavoprotein family. How does this occur? Composed of two different subunits, these proteins use the flavin adenine dinucleotide (FAD) cofactor. What is the role of each subunit? Besides the FAD cofactor, this protein contains a tightly bound adenosine monophosphate (AMP) molecule. What is its role? Does it affect the redox properties of the flavin? Although our initial efforts have focused on an ETF cloned from a bacterial source, this protein is homologous to related ETF proteins involved in fatty acid oxidation in mammals. Several debilitating diseases have been traced to genetic defects in either the ETF or associated enzymes. Glutaric acidemia type II is one such genetic disorder. This conditions has been traced in part to either ETF deficiencies in these individuals and/or to mutations and polymorphism in the gene encoding for one of the subunits of the ETF protein. Do they involve alterations in the properties of the bound cofactor? Are the redox properties of the FAD cofactor significantly altered? Is the electron-transferring activity of these mutated ETF proteins reduced?

Kasim, M., Chen, H-C, Swenson, R.P. (2009) "Functional Characterization of the re-Face Loop Spanning Residues 536-541 and its Interactions with the Cofactor in the Flavin Mononucleotide-Binding Domain of Flavocytochrome P450 from Bacillus megaterium" Biochemistry 48, 5131-5141.

Chen, H-C, Swenson, R.P. (2008) "Effect of the Insertion of a Glycine Residue into the Loop Spanning Residues 536-541 on the Semiquinone State and Redox Properties of the Flavin Mononucleotide-Binding Domain of Flavocytochrome P450BM-3 from Bacillus megaterium" Biochemistry 47, 13788-99.

Yang KY, Swenson, R.P. (2007) "Modulation of the Redox Properties of the Flavin Cofactor through Hydrogen-Bonding Interactions with the N(5) Atom: Role of alphaSer254 in the Electron-Transfer Flavoprotein from the Methylotrophic Bacterium W3A1." Biochemistry 46(9), 2289-97.

Murray, T.A. and Swenson, R.P. (2003) "Mechanism of Flavin Mononucleotide Cofactor Binding to the Desulfovibrio vulgaris Flavodoxin. 1. Kinetic Evidence for Cooperative Effects Associated with the Binding of Inorganic Phosphate and the 5'-Phosphate Moiety of the Cofactor." Biochemistry 42, 2307-2316.

Kasim, M. and Swenson, R.P. (2001) "Alanine-Scanning of the 50’s Loop in the Clostridium beijerinckii Flavodoxin: Evaluation of Additivity and the Importance of Interactions Provided by the Main Chain in the Modulation of the Oxidation-Reduction Potentials.", Biochemistry 40, 13548-13555.

Bradley, L. H. and Swenson, R.P. (2001) "Role of Hydrogen Bonding Interactions to N(3)H of the Flavin Mononucleotide Cofactor in the Modulation of the Redox Potentials of the Clostridium beijerinckii Flavodoxin.", Biochemistry 40, 8686-8695.

Chang, F.C., Bradley, L. H. and Swenson, R.P. (2001) "Evaluation of the Hydrogen Bonding Interactions and Their Effects on the Oxidation-Reduction Potentials for the Riboflavin Complex of the Desulfovibrio vulgaris Flavodoxin.", Biochimica et Biophysica Acta 1504, 319-328.

Kasim, M. and Swenson, R.P. (2000) "Conformational Energetics of a Reverse Turn in the Clostridium beijerinckii Flavodoxin is Directly Coupled to the Modulation of its Oxidation-Reduction Potentials.", Biochemistry 39, 15322-15332.