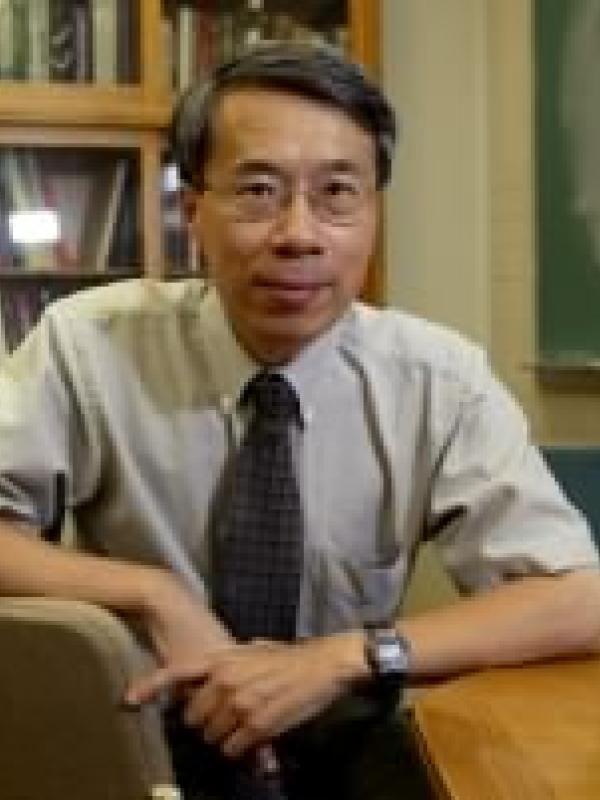 My overall research interest lies in the interface between chemistry andbiology. The specific area of interest is the structure-function relationshipof enzymes and proteins. The unique aspect of our research is that we employstate-of-the-art methodology in several areas: organic synthesis, molecularbiology, enzymology, NMR, and other biophysical techniques.(a) Structure-Function Relationship of Tumor Suppressors.We have determined the tertiary structures of tumor suppressors p16 and p15,and have constructed and characterized many mutants. The ultimate goal willbe to use the structure-function information to design new anti-tumor drugs.(b) Structure-Function Relationship of DNA Polymerase-b  and DNA Polymerase X.Although DNA and RNA polymerases have been studied extensively, the basicchemical knowledge in the fidelity is still very primitive. Understanding ofthis important problem at the chemical level can lead to understanding of thedrug resistance of HIV.(c) Structure and Specificity of a New Phosphoprotein Binding Domain FHA.FHA is a newly discovered domain in signal transduction. In collaboration with Dr.Pei, we are using NMR and combinatorial libraries to characterize the structureand ligand specificity of FHA domains from different proteins.(d) Synthesis of Phosphatidylinositol (PI)Analogs and Mechanism of PI-PLC. This project has several significantaspects: PI and related compounds are key compounds in numerous newly discoveredbiological pathways; PI-specific phospholipase C is a key enzyme in thesepathways; and the synthesis of PI analogs is very difficult.(e) Structure-Function Relationship of Phospholipase A2.Phospholipase A2 has unique properties: it has seven disulfide bonds in a small size,14 kDa, and it catalyzes reaction at the surface of membranes or micelles.Detailed structure-function analysis will lead to understanding of theseproblems at the chemical level.

"A Reexamination of the Nucleotide Incorporation Fidelity of DNAPolymerases". Alexander K. Showalter and Ming-Daw Tsai, Biochemistry 41,10571-10576 (2002). [New Concepts in Biochemistry]